Life Is Not a Zero Sum 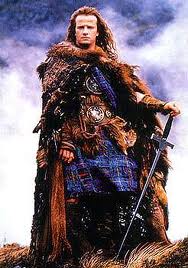 There Can Be Only One!

I have taken some time off writing and speaking about civility, mainly to recover from my own experience of running for public office. I am firmly convinced that there is no better way to truly understand how the American political system actually operates than to run for elected office. I am equally convinced that there is no better way for a person to lose hope in their fellow citizens and to become a hardened cynic towards the degeneration of the American political system than to run for elected office. Fortunately, the lessons of the former condition have helped me to understand the underpinnings of civility in American society even better. The lessons of the latter condition were only temporary and were off-set by the sheer number of amazing people I met throughout the course of the 15 months I spent campaigning.

I have said, on numerous occasions, that I do not look to politicians or the American political process for working examples of civility. Politics is the dark side of the more civilized practice of statecraft. Statesmanship, diplomacy, peace-making; these are terms that illicit good feelings and high thoughts when we hear them. But when we hear the word “politics”, the most frequent responses we all share are those of revulsion, disgust, disappointment and irritation. Whether it is politics in the workplace, in our local community or on a national level, we place the practice of politics far beneath most of the least desirable traits and activities known to man.

Why is it that politics, which finds its origins in something as noble as statesmanship and diplomacy, is considered to be such an ugly and uncivil enterprise – particularly in the highly contentious and venomous atmosphere of the last 10 years in the United States? It was while running for a state level elected office that I believe I found the answer.

Politics in America, when it has been exercised most effectively, has gravitated toward the more “noble” end of the scale. By that, I mean that effective politics results when it is most like diplomacy, consensus building and compromise. Think about your initial gut reaction to that last word – compromise. How you feel about compromise has a large part to play in what I’ve learned about civility in politics; a point I’ll revisit towards the end of this posting.

If we think about the current political atmosphere in the United States, what terms come to mind?

Today, politics is most certainly pegged to the “worse than the practice and people that scam senior citizens” end of the spectrum.

When I ran for office, I was told on multiple occasions that my opinion or a position on a particular issue didn’t “fit” with that person’s expectations of the political party I was affiliated with. Time and again I was told “I like you and I think you’re the better candidate, but I can’t vote for you because you’re in the wrong party”. It was this constant exposure to the process in which people rationalized voting against their own personal desires, and even against their own interests, that brought me to an understanding of why politics in America is so uncivil today. Politicians and many Americans have convinced themselves that politics is a zero-sum game. The political discourse in the United States is based on one simple assumption that is being reinforced by the two primary political parties every single day in the media. Republicans and Democrats alike have usurped a line from a 1980’s movie and made it the guiding star of their political compasses – “There can be only one!”

In high school government classes around the nation, students are taught that we have a representative government. We’re told that our exceptional form of government has been a successful “experiment” (Thomas Jefferson’s own description) because of the strength of our democratic principles. And yet, we have witnessed a political devolution in America since the end of President Eisenhower’s administration. Win-at-all-costs are now demanded of everyone from Presidents to school board members. Our leaders talk endlessly about how great democracy is for every other country, but then systematically take every step possible to destroy their opposing party colleagues and invalidate their positions, beliefs and proposals. In America, politics has become a zero sum equation. There must be a winner and there must be a loser. There are no win-win scenarios in our nation – if you believe what our political leaders are saying. If one side wins, inevitably their win will result in the complete collapse of the United States as we know it – or so the opposition will state in a press conference immediately after a bill has been passed.

If someone must win and someone must lose, the opportunity for civility to manifest is greatly reduced. And let’s face it, in today’s political environment, the vast majority of our leaders don’t want the other side to lose – they want the other side’s position destroyed entirely. It is this environment that has resulted in the collapse of civility in our political discourse. It is this environment that has invalidated the necessity for the practice of “respecting the office” of our Congressmen and Congresswomen, of our Senators, of our County Commissioners and of our Commander in Chief.  In a world where the only outcome is that I must win and you must lose, civility’s days are certainly numbered.

The obvious flaw in this thinking is that it is simply not true. Life is not a zero sum game. Over our lifetimes, wins and loses are not balanced out in such a way that we have accomplished nothing on the eve of our final day on earth. Our gains do not ultimately equal our losses such that no value is generated.  Humanity has moved forward because of the great leaps and bounds taken when people come together to achieve more than the individual outputs of a single person. In America, it is not about “us” versus “them”. We are a nation founded, very explicitly, on “we”. During times of great cataclysm and catastrophe, “we” the people have shown that regardless of our thoughts, ideals or beliefs that life is win-win, not win-lose.

So, think about that word mentioned above; compromise. If your gut reaction to that word is that it is unacceptable or that it suggests weakness, maybe you’re part of that population that believes there is only one right answer, one clear path, one simple solution. If the idea of our elected officials compromising for a better outcome for everyone in our country is distasteful, then maybe you’ve bought into the belief that life is a zero sum game.

Me? I still believe in a win-win America.